I'm Cha. I'm from the Philippines.

I've been an Arashi fan since April 2009. After being an active fangirl on June 2009, I met other JE groups and initially became a fan of them. Since then my fandom spread over the years. Fandom was a good way of escaping from the harsh reality too. Though I didn't became a fan because I wanted an outlet but because I love and enjoy Jpop. (Original Intro post here: Intro Post 1.0)

I'm not really fond of posting here only because I don't know what to post. I have a lot of ideas and rants but I prefer to let it fade in my mind.

Back to topic....It was hard to focus on my studies because I'm so immersed in the fandom. I was a university student (2009-2013) plus an active fangirl, I don't know how on earth I balanced that. 2014 came - At that time I don't know how to stop from flailing, I had to because I need to review for my lincesure examination. Somehow, 3 weeks before the exam I was able to halt my flailing. I passed~ yey! But my hiatus (not really) continued till 2015 because I landed a job. I promised when I have my job I would buy goods, lotsa goods, but my work was so stressful (field work + office papers) so I ate what's left of my salary. (I did mention hiatus, I was not. I'm still updated since I have a fangirl fb account but no more downloading + 50kbps in my work area = MURI)

Right now (2016) I find myself crawling back to fandom (with that I mean faithful downloading) I did have lots to catch up and my hdd space is not helping at all. My laptop has 500gb and I have 3 ehdd (all are 500gb) = total of 2TB -- still not enough. I have deleted some that aren't as important, still not enough /cries. I burned a lot of my files before so present me is happy to have 100gb free but I don't know when it'll last though.

Also after the almost 2 years of no proper flailing I was able to sort out what should I prioritize.

I would still follow other JE and other Jpop Artists/Groups but not dedicate myself with downloads. I'll go crazy~
Regarding Shokura, most of the Juniors I have been following left Janizu already (twitter thank you <3). Some are still in JE but hey~ they hardly appear in Shokura so what's the point. I hate how this saddens me when it's solely my decision.

Am I that different? Am I to live indifferently? Am I lost? Have I taken a wrong direction when deciding?

Are the questions that keep popping on my mind.

Usually I kept it at the back of my mind, until recently when I realized that among my peers I’m the only, what you call, different. Looking back on my teenage years, I was so proud of myself that I was never attracted to mainstream, was never swayed in the crowd. With my deep interest in Japanese culture, I met lot of people online. I immediately feel at home, we were in the same boat because it was not all fun and rainbows, I was a subject of continuous mockery among my peers, to the point I drop communications with them, yeah, that’s how I deeply love Japan.

However, I found myself a little bit on the edge; I question the choices I made before. Was I right for letting my obsession in the fandom get in the way of my decision and future? I question my interest, why was I never the same as the others. All I want is to go to Japan, all I see of my future is Japan, but with nowhere near of achieving it because I have no means of going there. I don’t see myself happy having a normal job, that I question, am I just very naive? Or are my peers really happy with their current status or are they just happy because they have no other interest aside from being in relationship and building a family. As for me, I have never once thought of having a family of my own, is it because I’m so caught up with fandom and if ever I stopped being a fangirl, would I show interest in creating a relationship, marriage, you know those normal stuff. 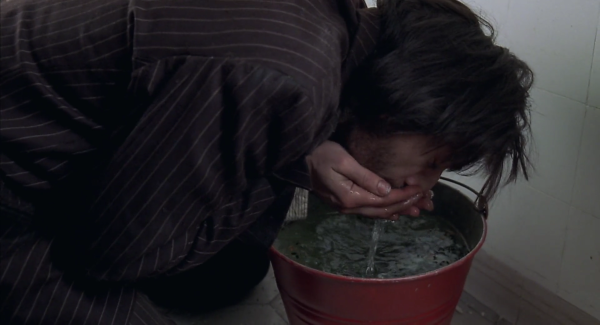 After years of searching for this movie, finally found it. Took me multiple google searches just so I can arrive at the right movie.

I have watch this when I was around 11 or 12 with my Father, I barely remember scenes on the earlier to the middle part probably because of how tragic it was for my little brain. One thing that I can clearly remember was when the main character drank water from a pail and when he was asked by the German offiial of his name, Szpilman, at that time I thought is spelled as Ssiplman (lol) and him being a musician. Just imagine how my google searches went.

I have watched it again and relieved the memories. I say this is one of my favorite movies together with Schindler's List. This kind of stories is what really captures my heart even though it breaks my heart a lot. Also, I found out that Adrien Brody, the one who played Mr. Szpilman, has the same birthday as me *O* <3

I have been lazying the past few months, thus, my journal has been slightly empty. I wanted an outlet at the very least where I can pour our my feelings. Twitter has been friendly but the character limit is hampering my ideas. Facebook is a big NO. Though I love it there, I can post my crazy antics, I can never express my feelings.

I lost my cat. He didn't die, he just vanished by the next morning. It's been 4 nights and days, usually he'd be home in 2 days if ever he'd goes missing but this time there's no sign of him. He's my favorite cat. He's loving, needy and clingy. Mama and Papa liked him too. I never thought he'd leave me. He's only 1 year and 2 months old. 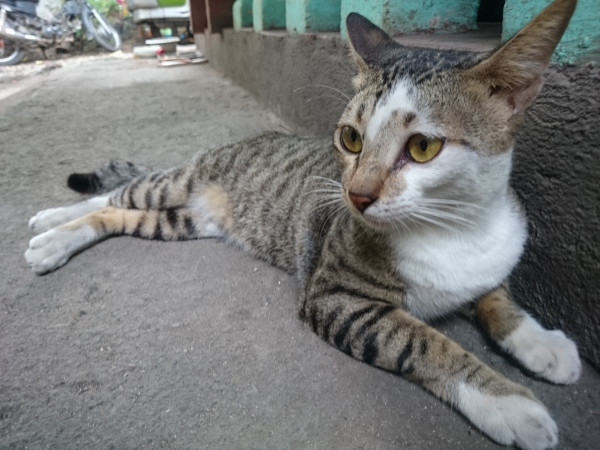 Please come home. I miss you. Your three brothers misses you too.


(Crying as I typed this. I wanted a longer entry but I unable to T^T)

Firs of all, my draft before this entry is posted is related to Fairies but I didn't finish it because I suck and I'm lazy typing. It has something to do with why I love Fairies among other girl groups. It was deleted because this Fairies-related entry broke my heart and why-i-love-fairies-entry is not my priority right now ;_;

Just as mentioned in the title, Miria is leaving Fairies and the Entertainment Industry. Welp, it was so sudden and I feel dumbfounded, on top of that I was not emotionally stable that day (January 10, 2017). I feel like Fairies is not Fairies anymore, even though Kawane left first they manage to remain stronger and better. And now Miria is leaving too to focus on her studies. It's not like I hate it I actually support her since she has found what she would love to do for her future. She has spend her entire childhood modelling and her teenage years to Fairies, so giving her all in university is something a fan should be happy about. I'm happy for her chosen path and I'm supporting it but as a fan I am sad that I can't see her anymore during Fairies' peformances. I will surely miss the Princess in the group T_T

The moment I saw the cd jacket I never felt more happy regarding JUMP's single.

It made me remember my entry on March 22, 2012 where I was devastated because of the unfair appearance for Kei. He only appeared on the PV twice for a split second. Who would've thought that the guy who barely has lines in their songs and appearance in the pv and usually put in the sides or in the back would be standing in the middle for their Single.

I can't be more than proud of this feat! 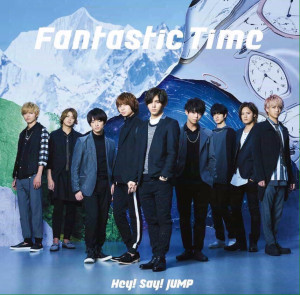 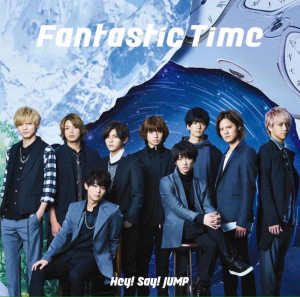 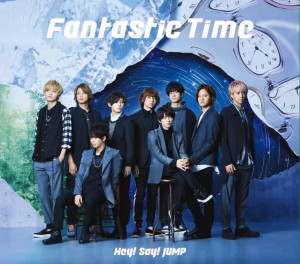 **I've seen multiple uploads without credits and I can't remember from whom did I get this.

It was utterly disappointing. 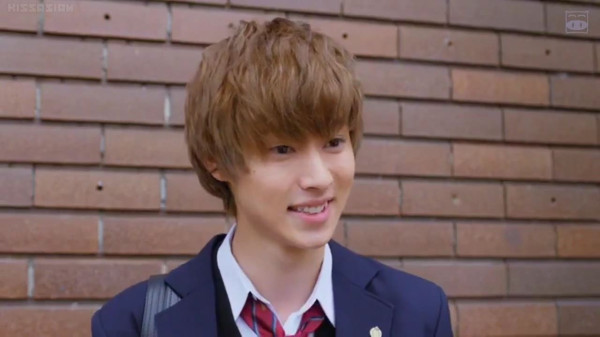 Why are you this cute? Answer me! Oh my poor heart! T_T

I have no high hopes with liveactions because it can never be compared to manga or anime but there are few that exceeds expectation. However, I'm hoping Ookami Shoujo to Kuro Ouji  will do good / be better because it's not fantasy, no super powers -- there's no need for a lot of budget. Simply because the movie is a rom-com and mostly rely on how good the director is and the talent & charm of the casts. However, what happened in this movie is way different!
( Collapse )

Okay~ I'm not usually this critical with movies! Only OSTKO has made me like this! Why! Why! Why!

I found out about Kei's 'scandal' much later when it came out. I could not control my amusement.

First off, it's the usual scandal in Japan.
Second, there was no skinship shown.
Third, he must be relevant now.

I've been an Inoo bias for more than 6 years now and if I'm asked whether I'm hurt, I would proudly say NO. If any of these angry fangirls were to be in the shoes of his fans from before he graduated Architecture then they would be happy that he's getting attention now even if it's sort of a scandal.

Reading the comment section of Arama was really entertaining. Non-Inoo fans were more affected than his fans lol. And a fan wishing he'd get kicked out of Jump/Johnnys is mean and uninformed. Seemed like he/she only liked one member of the group for his face and never read anything related to Johnnys and these kind of fans, nope people, are more opiniated, thus making a fool of themselves.

If this scandal came out earlier maybe 3-5 years ago I would probably react negatively and hate Inoo or the girl. Experiences has made me mature enough to accept the things I have no control of lol.  Also, I really don't care about his (or my whole fandom) private life, he could date anyone he loves as long as the relationship is not ruining his career. I love the Inoo Kei that is an Idol and his private life is his alone.

The same reason for my previous entry. Ripped this so that I have a new entry.

I ripped my cd just so I could have a new entry. Lol

I only ripped the LE since there's not much difference, is there? I don't think anyone would need the Remix though.

No Photo because I'm lazy.